How To Build A Gaming Man Cave 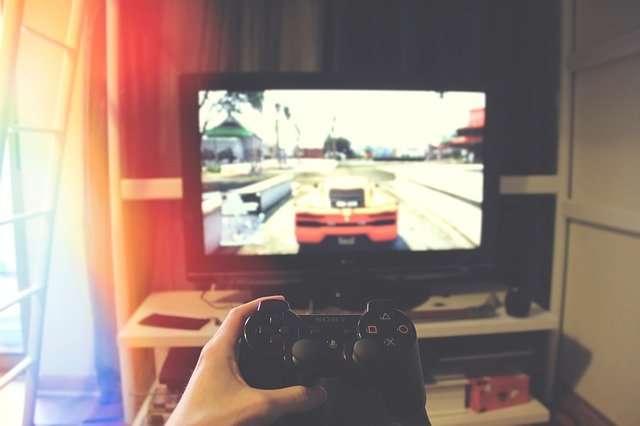 Let’s begin with the story…

I have a friend that has a very good gaming man cave where we hang out sometimes. What we usually do is drink beer and play games together. What I like about the gaming man cave is that this is a small apartment in his house.

I mention that we drink beer, and nobody likes warm beer. The gaming man cave is in the living room where there is a small kitchen at one of the walls. So we have a cold beer in the refrigerator just a few steps away from where we sit. That’s just perfect!

And after drinking a couple of beers, we need to go to the toilet. The toilet is also a few steps away since this is a small apartment! So we have everything we need a few steps away. That’s what I like about this gaming mam cave.

We don’t meet each other that often anymore because of children and life. So when we meet, we don’t want to learn complicated games. We want to drink beer and have fun together. The games also need to be multiplayer, not everyone needs to play at all times, but there needs to be some sort of rotating. We play on Nintendo since they have easy and fun games that are great for our needs.

So this is my experience from an awesome gaming man cave for gaming with friends while enjoying a few cold beers. No fancy design, just a space for friends gaming and enjoying some beers.

What to think about before creating your gaming man cave?

You want to think about what you want to use your gaming man cave before you are starting. Are you playing alone? Playing with friends? If you play with friends, you usually want to enjoy some snacks and a cold beverage.

If you want a gaming man cave mainly for gaming with your friends and maybe having a couple of beers, you need to think about my story above.

You want a couple of sofas, a table for beverages and some popcorn and chips. You want a big tv or projector and probably a console gaming machine since they are usually more for multiplayer.

A refrigerator nearby is also great, but you can come a long way with a camping cooler.

You are usually not able to play multiplayer with 10 friends at the same time, so a room for 4-6 people is more than enough. You don’t need a big and impressive room, start with what you have. Do the necessary changes as you go and your friends will love you for you being able to give them some hours of fun.

If there are bedrooms nearby, you want to think about sound insulation. You don’t want to wake up your family, because then you probably will not be able to use the room so often…

What I mean by playing alone is you are alone in the room, not that you are not able to play with friends through the internet. I do that often and can be almost as fun playing with them in the same room. We have a headset so we can talk to each other and we play multiplayer games. Lots of fun, but if you are alone in the room, you need less space.

You want a comfortable chair and a table for your monitors. I know you can play with friends on the console, but I find it easier with a computer. You can have your computer on or below the table, it’s up to you.

As an extra bonus, you can have a little refrigerator for easy access to cold beverages and room for some snacks on the table. I have the kitchen close to my gaming rig so I didn’t see the need for it. If I have to run 2 stairs down to get a beer or soda as another friend of mine, I would definitely go for a camping cooler.

I also recommend you to have a regular table and not use the tables made for computers. They have many fancy details that you don’t use but gather dust that is difficult to remove. I assume most men are like me and hate cleaning. You want to spend as little time as possible to remove dust and more time gaming or doing other enjoyable activities.

What if you are two that want to game together and with friends? Maybe you play with your spouse or a child? Maybe it sounds a bit strange to have your spouse in your gaming man cave, but if it works, why not?

I was once playing World of Warcraft where I was a member of a guild. In this guild, it was two couples that played together. We were mostly running 10-man raids and occasionally 25man raids. There were both couples talking to each other in the raid. It was a bit strange and fun since both couples were sitting together.

So set the tables together if you have room for it and enjoy the games together. You two are always able to find something fun together and I think it’s more enjoyable than playing alone.

You can also put the tables in each room and play alone together, but I believe it’s less fun. My spouse doesn’t game so I don’t know. If you do it like this, please share your experience below.